I’ve read a lot about different approaches to supplemental power on boats in the various forums. Electrical boost provided by wind, solar, hydro-generation, coconuts…you name it. I knew that I wanted something. Why? Because I want more range, options, and freedom.

Let’s first talk about range. The first and most obvious point in this regard is that Dawn Treader is a SAILboat. Therefore, as long as the sails are in decent shape – and we have a bit of wind – we should have infinite range. After all, look at the legendary Pardeys. No engine at all. And they sailed all over the freakin’ place. 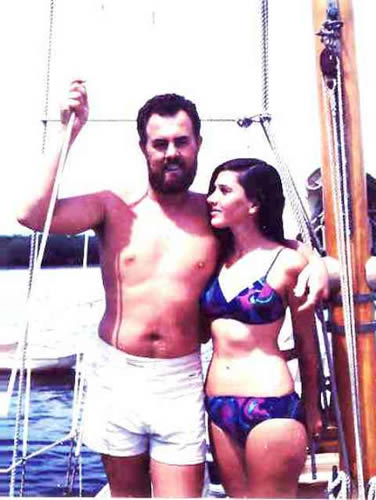 But, this is where options comes in. Though we do have these sails and can go anywhere on the planet with just that hoisted cloth – I WANT an engine. Why?

So, no, we ain’t no Pardey. Furthermore, I’m actually not interested in the least in being a Pardey. I respect them for what they’ve done. But no thanks. I’d rather be knee-deep in convenience. Purism makes me chafe.

At the same time, I don’t want to carry a crapload of fuel. Dawn Treader has a 40 gallon fuel tank. And I plan to carry 20 gallons more in jerry cans. 60 gallons total. Therefore, I need to minimize how much we run the engine on longer trips.

BUT, I also want ample house power. I want instruments, I want AP, I want a few lights at night, I want music, I want what I want. Therefore, I need to supplement the provision of this power so it doesn’t all have to come from the alternator – and burn our fuel.

With supplemental power saving us fuel and extending our electrical capacity – this all translates into more range, with more options, and more convenience. Exactly what I want.

Then there’s the freedom aspect of it all. Being able to anchor for extended periods is very, very appealing to us. Sure, you could also call this “range” in that we’re not tied to marinas, shorepower, and fuel docks. But being as self-sufficient as possible means we can spend far longer afoot than would otherwise be possible. This is what it’s all about.

So, I considered the alternatives and quickly settled on solar for our additional capacity. I researched the various options and chose this Renogy 300W Solar Kit for $520.00: 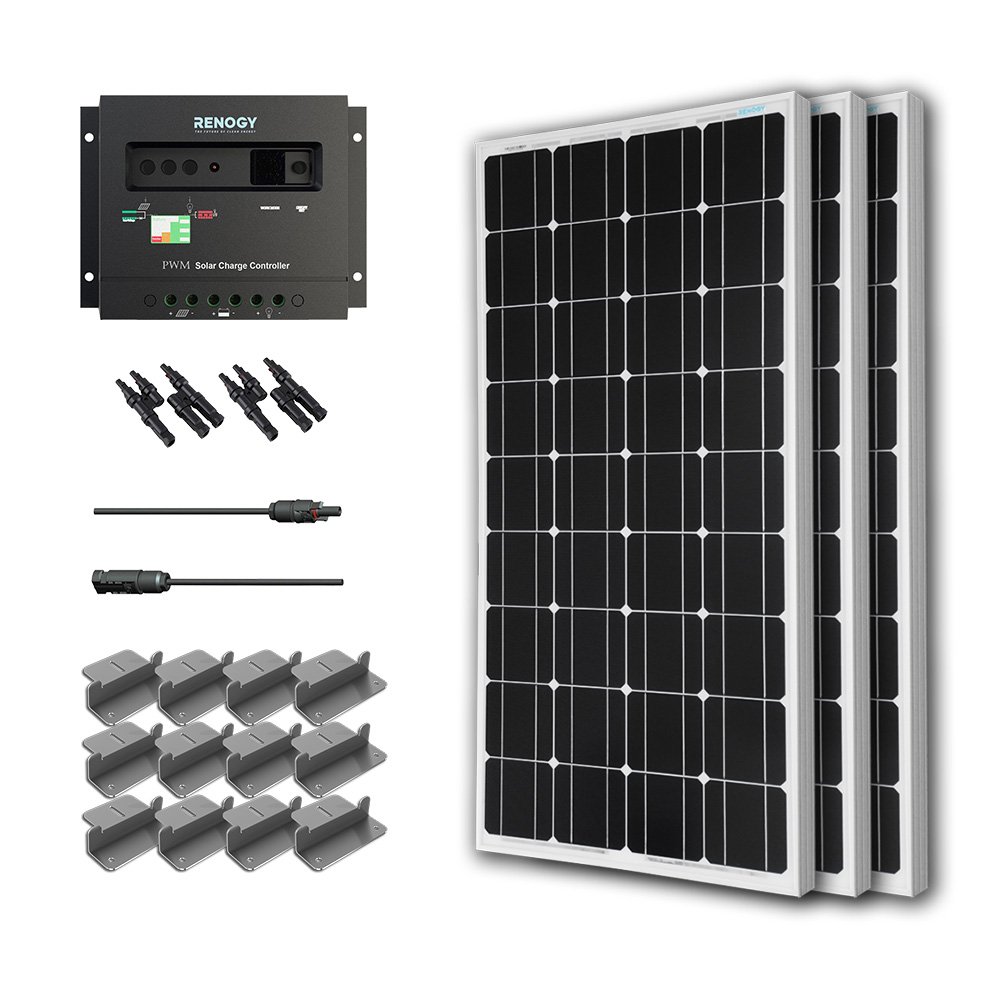 I went with this 3-panel set-up because that’s what I had room for on my bimini frame as I have a split backstay shown here:

And 300W seemed like a pretty good boost for my bank. I’ll report back on that later and let you know if it meets our needs.

The quality looked good and everything was there. So now the first order of business was to figure out how to mount these suckers.

As you can see in the product image above, the panels come with Z-bracket mounts. But those are geared toward mounting on a flat surface. I needed to figure out a way to mount these to the tubing of the bimini frame.

I also needed to solve a couple of other challenges. First came figuring out how the bimini fabric would work with the mounts. I didn’t want big holes in the fabric and I didn’t want it pinched between the panels and frame. So I’d have to come up with something better. Second came strengthening the bimini frame to support this additional ~60 lbs. I had a lot of work to do in this regard.

I could have possibly found some U-channels for the brackets instead of using the angles, but this setup seemed to give me some options for removal and/or tilting. I tacked everything into place as shown in the photo while I positioned each of the panels on the frame.

It looked like it would be a pretty good mounting solution – and one that would solve my first challenge of the fabric. My idea was that I’d put 2 grommets in the fabric at each U-bolt, allowing only the studs of the U-bolt to stick up through it. Then I used a nut on each stud below the angle bracket, then another on top of the angle to keep the angle up off the fabric. You’ll see what that looks like in the video below.

As you can see at the end of the video, I was also working on reinforcing the bimini some more as mentioned above. I had already done a bit of this work prior to this solar project to get rid of fore and aft straps, but with 60 more pounds up top it definitely needed some renewed attention.

When I bought the boat, it had a standard frame and nasty straps for support.

I hated the straps. It was such a pain to move around them onto the side decks, enter the cockpit from the slip finger, etc. So I was serious about working out a solution that would let me get rid of them.

I drew up a plan that would add a horizontal member between the “V” on each side, then small members down to the aft rail. I next purchased the hardware needed for the job.

SS Caps from  Seabound Supply for only $4 each.

And SS hinged jaw-slides from Aurora Canvas on eBay for only $10 each.

Great deals all round (even though this stuff was still crazy expensive!)

I used a tube cutter from Home Depot that did a great job creating clean cuts on the tubing. Then I drilled a small pilot hole in the tubing where the set screws of each SS cap and slide could get a good bite and ended up with the following modified frame (see horizontal support in the “V”, and the small diagonal running down to the rail):

This allowed me to get rid of all the straps prior to starting this solar project. But now, with an additional weight on the frame there was too much fore and aft and side-to-side movement…even with these supports.

As seen in the video, I tried using straps on the backside of the frame down to the rail to stiffen things. Obviously this worked to keep the frame from moving forward, but not aft. So, I ended up buying more fittings and tubing and replaced those straps with rigid supports you can see behind me here:

So with everything mounted and ready…it’s time to wire this sucker up.